If you or a loved one has experienced permanent hair loss following exposure to Taxotere, you may be entitled to damages. We provide free no-obligation Taxotere hair loss lawsuit case review. We do not charge attorney fees unless you receive compensation and you are under no obligation after your initial consultation.
1-877-ONDER-LAW
TOLL-FREE HELPLINE
Taxotere Lawsuit News

Taxotere FDA warnings have come in multiple forms over the years, warning consumers of Taxotere side effects and the drug's marketer, Sanofi, for its violations of federal regulations. Taxotere is still widely available in the United States, though critics argue the drug is more toxic and no more effective than other drugs in its class. Since the medical community has learned of the risk of permanent Taxotere hair loss, many physicians are choosing safer alternatives to Taxotere.

Through postmarket reports, which are reports filed by patients and physicians on side effects experienced by persons exposed to Taxotere, the FDA has compiled information on Taxotere permanent hair loss. Research conducted by Sanofi in the 1990s and early 2000s shows that as many as 9% of patients taking Taxotere suffer from permanent hair loss. Adverse event reports support the findings that Taxotere hair loss is permanent in some persons. Hair loss is listed as an adverse reaction to Taxotere.

In 2008, Sanofi received an FDA warning on Taxotere. The letter cited unsubstantiated claims made by the company regarding the drug's supposed superiority over other similar treatments. By espousing Taxotere's "super efficacy" without scientific evidence to support such a claim, the company was misbranding Taxotere, in violation of federal regulations.

In fact, a study published in the New England Journal of Medicine in 2008 indicated that a comparable drug, Taxol (paclitaxel), is more effective than Taxotere. Taxol is also less potent, less toxic, and has not been linked to permanent hair loss. 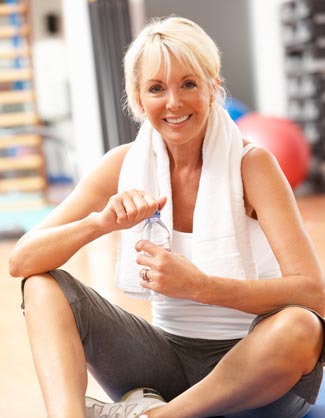 Sanofi's own research on the safety and risks of Taxotere pointed toward the danger of permanent hair loss in 2005. In response, for reasons unknown, Sanofi officials chose to warn consumers in Europe and Canada of the Taxotere hair loss risk, while keeping silent about the side effect in the United States. In 2000, Taxotere sales reached $424 million; by 2004, the company's aggressive advertising efforts (some of which were fraudulent) had paid off, yielding more than $1.4 billion in Taxotere sales.

One Taxotere lawsuit, filed in Pennsylvania by a former employee, accused Sanofi of engaging in fraudulent marketing practices in the United States, giving incentives and kickbacks to physicians who agreed to prescribe Taxotere for off-label uses. According to the lawsuit, the company launched a scheme in 1996 to grow Taxotere's market share by paying sham grants, speaker fees, and travel expenses and providing entertainment and sport tickets in exchange for brand loyalty from physicians.

Persons and the family members of persons who have suffered from permanent hair loss following Taxotere chemotherapy treatment for breast cancer may be eligible for meaningful compensation through filing a Taxotere hair loss lawsuit, the purpose of which is to hold Sanofi accountable for its disregard of product and consumer safety.

These Taxotere hair loss lawyers have vast experience in representing individuals and families who have been harmed by large corporate entities. Working on a contingency basis, these Taxotere attorneys will charge no legal fees unless they win on your behalf.